Inderjit Singh Mukker, 53, was on his way to the grocery store in Darien, Ill. when he was assaulted on Tuesday, Sept. 8 by another driver. The driver of another vehicle had allegedly pulled up next to Mukker’s car, reached into it and repeatedly punched him in the face, calling him a “terrorist” and “Bin Laden.”

When Mukker arrived to the hospital that night, staff treated him for a fractured cheekbone, lacerations and other injuries.

At a press conference hosted by the Sikh Coalition Monday morning, it was announced that Darien Police and the prosecutor’s office are taking the alleged assault seriously. Despite an earlier decision not to, it will be prosecuted as a hate crime.

The CAIR-Chicago stood in support of the Sikh Coalition and Mukker’s family.

“CAIR-Chicago speaks out in solidarity with the Sikh community,” said Renner Larson, CAIR-Chicago’s Communication Coordinator. “We have worked with the Sikh Coalition, been in touch with federal and local officials, and utilized our close media relations to ensure this family’s story is heard, and just action is taken.”

Sikh Coalition Executive Director Sapreet Kaur asks for the freedom for every individual to practice their religion without fear of intolerance of violence.

“Attacks like these send a message of hate to an entire community and should be taken seriously by not just law enforcement but the broader American community,” said Kaur. “As Americans, we need to work harder to build bridges and to find our common humanity.” 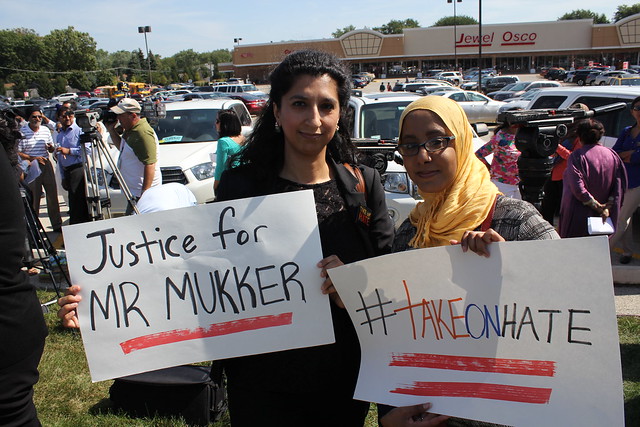