As part of the Chicago tide that forced presidential candidate Donald Trump to cancel his local rally, CAIR-Chicago was proud to stand as a Muslim voice with Illinois Coalition for Immigrant and Refugee Rights, Congressman Luis V. Gutierrez, Congresswoman Jan Schakowsky, and other community leaders to speak out against the hateful rhetoric of polarizing figures like Ted Cruz and Donald Trump. CAIR-Chicago thanks all those who stood up and protested the bigotry that has been targeting Muslims and other minorities during this election cycle.

Scroll through photos from our joint press conference below: 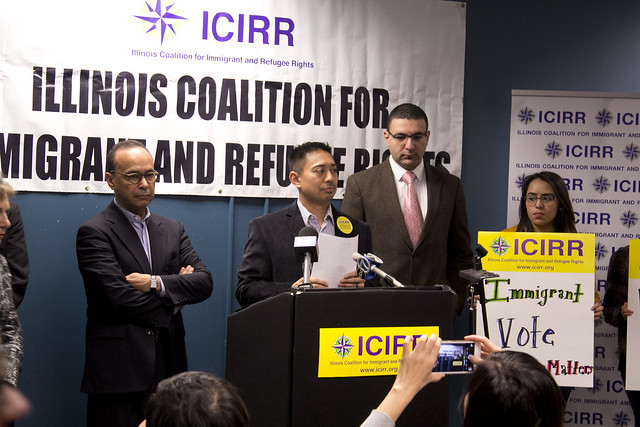