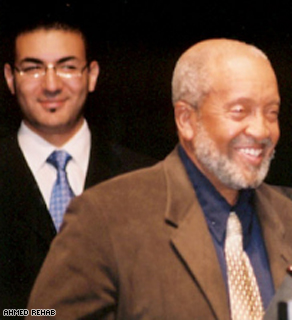 The American Muslim community mourns the passing of a historic figure who was crucial in the development of Muslim life in America.

Wallace (as he was named at birth) was born on October 30, 1933, in. Detroit, Michigan, the seventh son of. The Honorable Elijah Muhammad, founder of the Nation of Islam.

I had the privilege of personally knowing Imam Mohammed who was a key supporter of the Council on American-Islamic Relations in Chicago, the organization I lead.

I once asked him how he would like to be remembered after his passing. “That I preached the Unity of God,” he smiled.

Mohammed led many of The Nation of Islam’s followers to a more traditional embrace of Sunni Islam after the death of his father in 1975. He also accompanied Malcolm X in his spiritual evolution that culminated in Malcolm X renouncing his anti-white racist views and championing universal human rights in accordance with Qur’anic teachings.

Throughout his decades of leadership, Imam Mohammed, an interfaith partner of Pope John Paul, was a steady force for peace, reconciliation, and enlightenment. Few others matched the length and breadth of his impact on American Muslim spiritual life in the 20th century. He developed successful grassroots economic plans to help African-American Muslims living in hardship pull themselves up by the bootstraps and inspired a culture of confidence and motivated communities in the pursuit of knowledge. For Imam Mohammed, ignorance was the enemy and education was man’s best ally.

He helped build schools, newspapers, and several community organizations, the most recent of which was The Mosque Cares whose convention held in Chicago every year offers a unique blend of illuminating religious sermons, debates, and workshops together with great music, food, and fashion shows.

Many will honor “America’s Imam” with services and tributes as the American Muslim community bids farewell to W.D.